Dr Muller (Ian Holm) is the one that kidnapped Ilona, as she had discovered a way to immortality through her research into Progeria, just as Dr Muller had done years ago. Capt. Karras (Daniel Craig) helps Ilona escape from Muller’s underground lair, but is wounded by assassin’s from Avalon, Ilona’s employer. As he lies dying, he tells Ilona she must disappear otherwise Avalon will own the secrets of everlasting life. But Ilona wants to continue her research, not caring that a corporation will have control over death and Karras shoots her before dying himself. (There is a scene right at the end of Karras telling Illona’s sister that he made sure that Illona disappear for her own safety, but it’s unclear if that really happens or if it’s in Karras’ mind as he is dying). 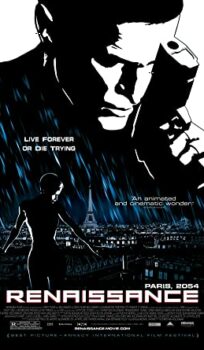