Douglas Freeman (Jake Gyllenhaal), a CIA operative thrust into responsibility by the unexpected death of his boss in a suicide bombing, arranges for the release of Anwar El-Imbrahimi (Omar Metwally), an American engineer swept up by the United States Government as a suspect involved in a North African bombing.

After witnessing Anwar’s horrific torture — where he finally confesses his guilt, but names the members of the 1992 Egyptian soccer team as accomplices, tipping his hand to confessing solely to end the torture — Freeman understand the unfairness of the situation and arranges for his escape. Freeman blows the whistle on the situation to the press while Anwar boards a boat that will eventually take him back to his wife Isabella (Reese Witherspoon) and his family.

In a parallel story, you learn that Fatima, Abasi’s daughter, died in the bombing we see at the beginning of the movie. She was pleading with her artist boyfriend Khalid to not kill her father in his suicide bombing plot when he is shot, which causes his bomb to explode, vaporizing both of them. 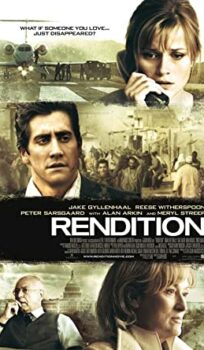