Erik (Josh Harnett) discovers a homeless person claiming to be the one time big boxing contender Bob Satterfield (Samuel Jackson). He writes a column on him called “Resurrecting the Champ” and it turns out that Jackson isn’t really Bob but rather a lesser known fighter. Bob Satterfield has been dead for years and he explains he was mistaken for him decades ago and since it earned him fame and helped him feel better about himself, he continued doing it. Erik does a new issue about the real Bob to make amends, but claims he still admires Jackson’s character and found him to be a friend. Jackson soon dies from heart problems after engaging in a fight with a hoodlum, while Hartnett manages to fix his relationship with his son and wife. 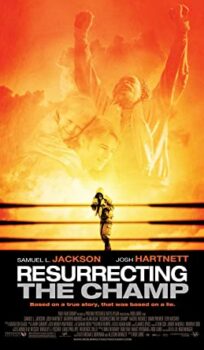