A married couple, Kate (Thandie Newton) and Martin (Cillian Murphy) whose marriage is on the rocks due to Kate’s miscarriage retire to a isolated island in order to repair their relationship. A few days in, a man stumbles on to the island. The man Jack (Jamie Bell) claims to be in army and warns Martin of a fatal virus that incurable and causes rapid painful death. He urges him them to board up the house, but remains erratic in his behavior. Martin goes outside and finds the island’s owner Doug and wife killed by single gunshots. Kate and Martin suspect that Jack is just crazy.

Their time together comes to a boil. Kate and Martin try to kill Jack but Martin starts to cough up blood, a clear sign of the infection. Kate is forced to shoot her husband to spare him a painful death. Kate wants answers from Jack and he fesses up. There is no airborne virus; HE IS THE VIRUS. He was tested on by the military who let him go without realizing he was a carrier and he wound up killing his wife. He had tried to come to the island to in order to die and let the virus die with him. Kate and Martin unfortunately got in the middle of it.

Kate orders him to show the radio, and he reveals it had been working but it broadcasts for people to look out for him, and that there is a vaccine for the virus. Kate makes Jack make contact with someone. She is enraged since Martin could of been saved. Jack desperately pleads with her not to believe the radio broadcasts; the government is cleaning up their mess and will kill them both. Kate, not wanting to believe him and saddened over Martin’s death, shoots Jack dead with the shotgun. Kate takes Martin’s body down to the shore to travel by rowboat when she is shot in the head by a passing military helicopter. Jack it turned out was right; there was no cure and the government was killing anyone they thought was infected, desperate to cover up what they had done. 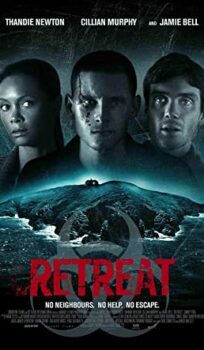