Everything that Miranda (Rosamund Pike) has done with letters and visits to her rapist William (Shiloh Fernandez) has been one long con to lower his guard. Allowing him to work on her house, she spikes his lemonade one day with antifreeze to make him sick.

She takes him down to her basement and straps him to a bed. Over time, she operates on him while he is unconscious. She then shows him her work, having apparently castrated William for raping her, and so he can never hurt another woman again. 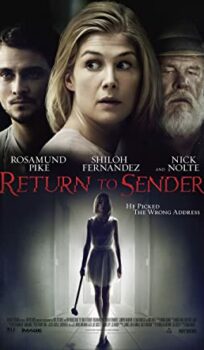