Eddie faked his death. He gives Connor (Sean Connery) and Web (Wesley Snipes) the original copy of the security surveillance disk but shortly afterwards he is killed by Ishihara and a group of other Japanese.

Web is told to drop the investigation immediately and is put on leave.

However he and Connor take a look at the surveillance video and see that it was Senator Morton who strangled Cheryl. However Cheryl was not in reality dead after Morton left her. Someone else, whose face cannot be made out in the video, came in after Morton left and murdered her.

Connor and Web fax the stills from the disk over to Morton, who shoots himself rather than face his wife and staff discovering his infidelity and what he believes is his crime.

Connor, Web, and Jingo then show the video to Yoshida-san and the other people involved in the merger. Ishihara, faced with his attempt at covering up the original disk, breaks down and admits it was Bob Richmond who killed Cheryl in an attempt to frame Morton for it and blackmail him to vote in favor of the merger. Bob tries to escape but runs into some of Eddie’s friends who murder him and throw him into a foundation of wet cement. Connor comments that no one wants to reopen the case, so Bob’s body will be left there and nothing further will be done.

Ishihara will be sent back to Japan where he will be placed in a boring desk job for the rest of his life. Connor goes off to play golf with Yoshida-san, to help him figure out a way to withdraw gracefully from the merger. And Web drives Jingo home…which turns out to be Connor’s apartment. Connor is her boyfriend and the man she previously told Web about falling in love with back in Japan. Jingo voices some skepticism over whether or not Bob was really the killer or he was just protecting his boss. As she goes into the apartment building, she purposefully leaves the door open, and the movie ends with Web looking at the open door and smiling while a voice over plays of Connor laughing. What exactly that all means, is left up to interpretation. 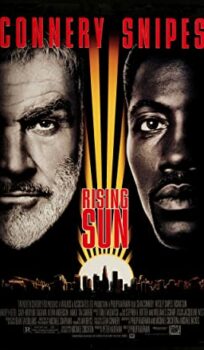