Joel (Tom Cruise) is a high-school senior who suffers major anxiety about his future. Joel is a solid student, but in no way is he academically exceptional. His parents go on a trip to visit an injured relative, leaving Joel alone in the house. After being goaded by his friend Miles (Curtis Armstrong), Joel decides to call a prostitute named Lana (Rebecca De Mornay) who spends the night with him. When Joel lacks the $300 to pay her in the morning, he goes to the bank to cash a bond, but upon his return, finds that Lana has stolen his mother’s priceless decorative crystal egg.

Joel and Miles track Lana down to recover the egg, but end up helping her escape from her pimp Guido (Joe Pantoliano). Joel and Lana begin hanging out together and eventually become friends. When Joel takes Lana out on a date in his father’s porsche, the car accidently ends up rolling into a nearby lake. Joel needs thousands of dollars to repair the car, and so he and Lana hatch a plan to raise the money by throwing a large party at Joel’s house where, for a price, Joel’s virginal high school friends can “party” with Lana’s prostitute friends.

The party is a smash success. However, a college recruiter from Princeton University drops by Joel’s house in the middle of the party and discovers that Joel is running the prostitution ring. After Joel walks out of his interview with the Princeton recruiter, he and Lana decide to leave the house and end up making passionate love to each other on a subway car. They decide to become an actual couple. Joel then  pay for the restored Porsche and even has several thousand dollars left over. Upon returning home, he discovers that Guido has stolen all of his furniture. Guido sells Joel all the furniture back, and he is left with no profit at all from the party. Though Joel and his friends manage to get all the furniture back into the house before his parents come home, the mother discovers a small crack in the crystal egg and Joel is punished.

The movie ends with Joel being accepted into Princeton, with the recruiter saying that Princeton could use a man like him. Lana seemingly has left her life as a prostitute behind, but they both admit that their relationship will probably not last after Joel goes to college. As the credits roll, the two agree to spend one last night together before Joel leaves for Princeton. 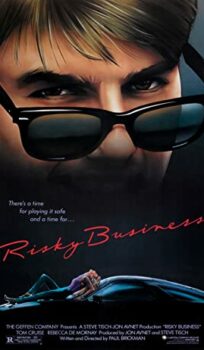