Ramona works for a rude abusive small time music promoter.  One of his bands has missed several scheduled concerts in remote small towns in Ontario.  Ramona is sent to bring them back.  Ramona does not know how to drive, so she catches a cab to the train station.

Drugged out cabbie Bruce gets excited about her quest to search for a missing rock band, and decides to drive her the 400 km to the last known location of the band.

Ramona sees the band van in front of a diner, and has Bruce wait out front while she goes in.  She finds the band, but the lead singer has gone off to “find himself” and they can not perform without him.  The band runs off while she is on the phone, and she heads after them.  She encounters a series of odd men who are all too eager to help her.  They include the video director who was supposed to film the band on stage, a teen who took his dad’s car to cruise, a mute hot dog vendor, and Russell, whose dream in life is to achieve fame as a serial killer.  Occasionally, the film cuts back to Bruce the cabbie, still waiting outside the diner.

Ramona realizes that everyone around her is incompetent and dysfunctional, and she can do better than them.  She decides to round up the band and make the last scheduled show a big one.  However, when she calls and tells the promoter, he is furious and demands she bring the band back at once.  Ramona generates publicity for the show, negotiates a better deal with the venue, and has the band there to perform.  The video crew is on hand filming.  Ramona has also called Russell, to start his serial killer career shooting the lead singer.  However, Ramona did not anticipate that her boss, the promoter, would also be there and be armed.  He shoots and injures Russell.  Russell starts shooting like mad, killing the whole band before the promoter kills him.

The audience thinks this is all part of the show.  Ramona heads back home to Toronto.  She sees Bruce in his cab still waiting outside the diner.  She asks how much she owes him.  He has been there days, but the meter has just rolled over, and reads $2.50, which she pays him. 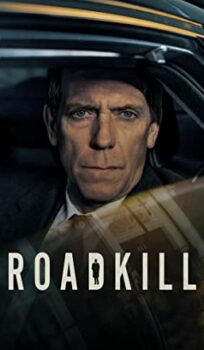