Despite the fact that Murphy/RoboCop (Peter Weller) knows that Dick Jones (Ronny Cox) is guilty, he cannot harm him based on the unknown directive programmed in RoboCop, which is discovered earlier (the directive does not allow superiors to be harmed or arrested). During this final confrontation in the board room, The Old Man (Daniel O’Herlihy) fires Dick Jones. This action suddenly renders that directive inapplicable and Murphy shoots Jones, who then crashes back through the windows and falls out of the high-rise office building to his death. 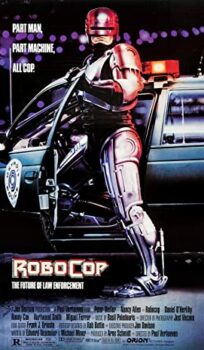