POOPER:
Every Rebel in the “Rogue One” squadron is killed, but not before Jyn (Felicity Jones) and Cassian (Diego Luna) transmit the Death Star Plans to the Rebel flagship battling above the planet Scarif. Most are killed in close combat, but the last few are obliterated when Moff Tarkin (a CGI Peter Cushing) targets the Empire’s own archive tower with the Death Star’s main weapon. 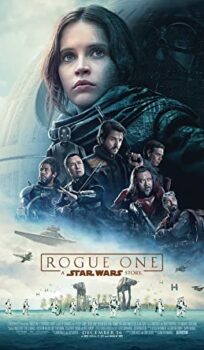