Five college friends gather in Miami for Jess’s (Scarlett Johansson) bachelorette party. They hire a stripper named Jay, and Alice (Jillian Bell) accidentally kills him by knocking his head against the fireplace. The friends do everything they can to cover it up.

Meanwhile, Jess’s fiance Peter (Paul W. Downs) thinks Jess is cheating after he calls her and she mentions the stripper. He heads off to Miami on his own to try and save their relationship.

The ladies find out that Jay was not the stripper they hired, as the real stripper, Scotty, shows up and they end up knocking him unconscious. Jay was really a diamond thief, and his two accomplices, Frazier and Ruiz, show up at the house. When the ladies find out who they are, the thieves hold them hostage. Jess ends up killing Ruiz while Peter drives his car through the house to unintentionally kill Frazier.

Jess and Peter are married that weekend, and the ladies have a stronger bond after the experience. Alice later discovers that Jay hid the diamonds in a box of penis pasta. 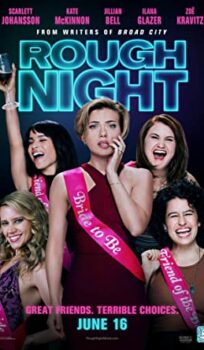