Chris (Adam Hartley) and Ricky (Matt Stuertz) have an Internet ghost hunters show called Ghost Goofs. They hear about a place haunted since the 1950s by a cannibal.

The first day of their journey is pretty much a bust until night when they find a silo in the woods. They crawl into lowest window and find a maze of tunnels with some mild scares.

The next day they return to the silo and find the window is filled with water, no tunnels. They discover that they see themselves in the woods from the prior day and that by pressing rewind, they can move time backwards. They don’t seem upset by any of this and instead “haunt” themselves, changing the events from their original selves first day.

They continue to rewind over and over, which creates clones of themselves which they kill over and over again. Finally they seem terrified of which versions of themselves are being murdered and agree to rewind all the way back to the beginning, where it appears that a clone Chris still exists and Ricky kills him.

After the credits, we see that Ricky has found the original Chris, and Chris tells him that it was a revenge prank to let the last clone attack Ricky for picking on him all the time. However, we aren’t really sure if it’s over or not. 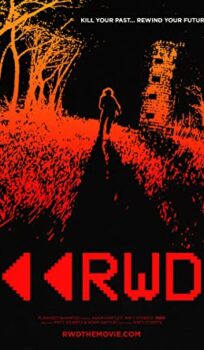