Tobin Frost (Denzel Washington) is a turncoat CIA agent who turns himself into the American embassy in Cape Town, South Africa, while pursued by gunmen, carrying a hard drive which details the dirty dealings of all the secret service agents in the world (including the CIA, MI6, and others). He’s taken to a safe house managed by Matt Weston (Ryan Reynolds), a rookie agent bored with his job and looking to prove himself.

As soon as the extraction team arrive, the safe house is stormed by gunmen, with Weston the only survivor. He and Frost go on the run, trying to find the identity of the mole back at Langley which is looking to silence Frost.

After lengthy chases and gunfights in the Cape Town slums and at a stadium, the pair end up at another safe house on the outskirts of town. The agent in charge is also crooked, and he gets killed by Weston after a drawn out fight, but not before severely injuring him.

It turns out that the mole is Barlow (Brendan Gleeson), Weston’s superior at Langley whom he was looking to for help. Barlow arrives at the safe house with his men in tow, finding a bedridden Weston. Frost returns to help, kills everyone and gets fatally shot by Barlow, whom Weston kills in return.

Before dying, Frost entrusts the incriminating hard drive to Weston, who promptly leaves its existence out of the official report. He then sends it anonymously to all media outlets, exposing the corruption in the intelligence community. Afterwards, Matt reunites with his girlfriend (whom he had sent away for her protection) in Paris. 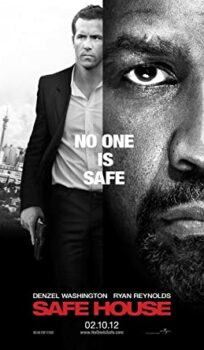