Darryl Revok (Michael Ironside) is a scanner who is intent on taking over the world, and Cameron Vale (Stephen Lack) is working with ConSec, a weapons and security company trying to stop him. Scanners are people with telepathic and telekinetic abilities. Revok is attempting to convert all of the world’s scanners to his plan, and he kills those who refuse to join him.

Scanners are created when pregnant women are given the drug Ephemerol, which causes their unborn children to become scanners. Dr. Paul Ruth (Patrick McGoohan) created Ephemerol in the 1940s, and he gave it to his wife both times she was pregnant. His two children are Darryl Revok and Cameron Vale. Revok currently runs the company his father created, and is giving Ephemerol to doctors to prescribe to pregnant women in order to create a future army of scanners so that he can one day take over the world.

When Vale refuses to join his brother in the plan to take over the world, Revok attempts to kill him by scanning. Revok destroys Vale’s body, but Vale scans Revok before he can be killed. In the end, Vale is killed, but it’s implied that Vale’s mind is inside Revok’s body and Revok’s mind is inside Vale’s dead body. 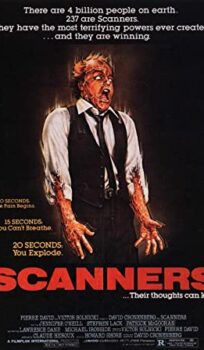