The weekend comes to an end, and both Lt. Coronel Slade (Al Pacino) and Charlie (Chris O’Donnell) have to return to their respective realities.  Lt. Slade has a new perspective of life, though, since Charlie stopped him from killing himself, and made him see that he could still be a functional human being, thus both making a heartful bond; in exchange, Charlie learned some important life lessons -and also that he would have to face the Discipline Commitee from school by himself-.

However, unexpectedly, Slade comes into the auditorium where the assembly is taking place, to support Charlie.  Since Charlie was the backstreet scholarship kid, Headmaster Trask was ready to bestow the entire responsibility of the incident with his car upon Charlie, and relieve George Willis (Philip Seymour Hoffman) of any guilt.  But then, Slade stands up and gives a booming, courageous speech about shamelessness, cowardice, and true integrity -the best sequence of the entire movie-.  In response, the Discipline Committee has a quick deliberation, and the result is that Harry, Trent and Jimmy would be submitted to probation, George’s thin testimony wouldn’t be considered worthy of any reward, and Charlie would be completely excused of the whole thing.

In the end, the limo driver drops Slade back to his place, and takes off with Charlie, obviously to return him to school. 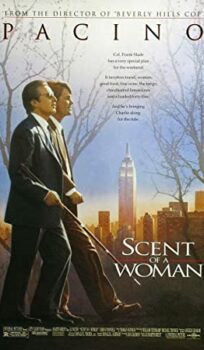