Several people are killed by a wild animal.

Famous hunter John Wetherby (Peter Graves) is brought in to track the beast. He notes that the tracks change from those of a wolf to a man as it walks away, then it erases its own tracks.  The town is in panic over a wolf man.  Wetherby tries to recruit rival hunter Byron Douglas (Clint Walker) to help track this beast.  Byron acts odd and inappropriate, seeming to root for the beast and admire it.

Wetherby is at the point of giving up, when Byron summons Wetherby to his house.  Byron reveals that he is behind the murders.  Byron has a trained wolf that launches the attack.

After the kill, Byron carries the wolf away, causing the animal tracks to change to human.  Byron did this to prove he is a better hunter than Wetherby, since Wetherby could not track him.  Byron takes away Wetherby’s rifle.  Byron says that as final proof that he is the better hunter, he is now going to track Wetherby.  Wetherby is given a 4 minute head start, and then Byron will come after him with the wolf.  Wetherby has a small handgun hidden under his clothes.  As Byron and the wolf close in on him, Wetherby shoots and kills them both. 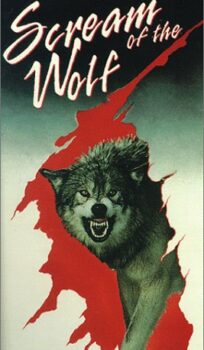