David Kim (John Cho) is a widower whose daughter Margot, (Michelle La) vanishes after going to a friend’s house for a study group. The assigned detective, Rosemary Vick (Debra Messing) spend much of the film communicating with David via Facetime during the intense search for Margot. She suggests that Margot may have ran off because she and David have been distant since her mother died of cancer.

Margot’s car is found at the bottom of a lake and she is presumed to be murdered after an ex-con confesses on an online video to murdering Margot and dumping her body elsewhere. The ex-convict is found dead shortly afterwards in an apparent suicide.

It turns out that it that Detective Vick’s son Robert, was responsible for Margot’s disappearance. He had a crush on Margot for years and had catfished her online by posing as a young woman whose mother had cancer. Margot felt sorry for her/him and sent $2500 through Venmo to help her out. Robert decided to come clean and give money back to Margot. He confronted her at the lake but she got freaked out and they somehow got into an argument that ended in Robert accidentally pushing Margot off a cliff into a ravine. Vick decided to protect her son and volunteered to take the case to cover up her son’s involvement. It also becomes apparent that she coerced the ex-convict into posting the fake murder confession online and then murdered him.

After Vick is arrested, David asks her where Margot’s body is and if it’s at all possible she could’ve survived the fall. Because it happened 5 days ago, she doubts it since a person cannot survive without water for that long. David immediately has the police take him to the ravine because it rained 2 days ago. The rescue team finds Margot barely alive at the bottom of the ravine and take her to the hospital.

The movie ends with online photos of Margot recovering nicely and a series of texts between her and her father showing the both of them becoming closer than before. David then turns off his computer. 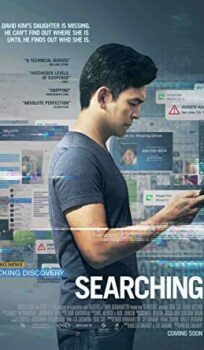