It’s not long after 9/11. Based on a tip, a counterterrorism team, including friends Ray and Jess, surveilles a mosque. Surveillance heats up when police alert the CT team about a body in a dumpster near the mosque. Ray is responsible for initial observations. He’s shaken to the core when the victim is Carolyn, daughter of Jess, who’s standing only a few feet away. Ray breaks the news to Jess, who becomes hysterical. The team is shattered by the death, Ray especially so. Worse, prime suspect Marzin is a confidential informant who may help break a terrorist cell. Through agency duplicity, Carolyn’s killer remains at large 13 years later.

Ray has left the team, but for the past 13 years he’s checked nearly 2000 new mug shots every night, looking for Marzin to resurface. Ray believes he’s reappeared – looking older and perhaps having had plastic surgery. Ray remains passionate about catching him. Jess seems anything but passionate about it. She’s resigned to her grief and seems to fear that if Marzin slips away again the repeated loss will be unbearable.

Ray forges ahead, dragging the old team with him. They catch their target, but it costs Reg’s life. Jess calls Ray and District Attorney Claire to her isolated home to take full responsibility for letting pursuit get out of hand. She knows the newly captured suspect isn’t the long-missing Marzin; she tracked Marzin down and killed him a month after he escaped the first time. He’s buried in her backyard. Claire, despite being the DA, elects to do nothing with this confession from her friend.

Ray returns to Jess’s place to check on her. He finds her in her shed taking food to a gaunt, filthy man in a cage. It’s Marzin, so long in Jess’s makeshift solitary confinement that he can’t speak properly. Jess says it’s the life sentence she wanted for Marzin. Ray replies that it’s a life sentence for her too. Ray takes out his gun, apparently to shoot the prisoner. Instead he leaves the gun on the counter. He grabs a shovel on the way past the door and begins digging a grave in the backyard. There’s a muzzle flash from inside the shed. Jess walks out and into the house. She looks at Ray through the window and gives the barest smile as he returns to digging. 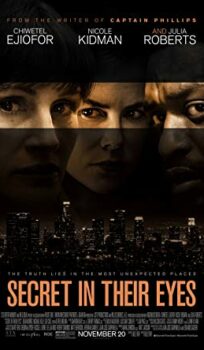