Gary “Gal” Dove (Ray Winstone) does the job in London, despite his retirement. The job goes according to plan, and afterwards whilst the gang are out celebrating, the boss Teddy Bass (Ian MacShane) offers Gal a lift to the airport. On their way, Teddy says he has to stop off at someone’s house.

It turns out to be the house belonging to Harry (James Fox) who’s vault they’ve just robbed. Harry invites Teddy and Gal in, gives Gal a drink and then Teddy shoots him. Tedy asks for the final time where Don (Ben Kingsley) is. Gal admits that he didn’t want to do the job and that his wife Deedee (Amanda Redman) shot Don, after Don smashed a bottle over Gal’s head and announced he was going to kill him. Teddy doesn’t care that Don’s dead, just that Gal had lied to him. Teddy gives Gal a measley £10 for his share of the job and drops him off at the airport. Gal however isn’t too worried as he kept a pair of expensive earrings that he took for himself during the heist.

We see at the end of the film, that Don is buried under the Gal’s pool, that was damaged by the boulder at the start of the film. 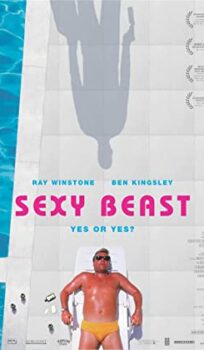