Maude (Chloe Grace Moretz) is on the run from an abusive husband. The satchel contains her child, the result of an affair between her and Quaid (Taylor John Smith). As an unmoved Reeves return to base to put Quaid and Maude under arrest, Japanese planes and the Gremlin monster attack at the same time. Reeves, Finch, and Dorn are killed by enemy fire while Taggart is pulled out of the plane by the Gremlin protecting Maude’s child.

With the plane severely damaged, Co-pilot Williams (Beulah Kole) is able to land the plane with Maude’s help. Williams, Quaid, Maude, and Beckell exit the plane just before it explodes. The Gremlin tries one last time to take Maude’s child so she fights it, killing it for good by piercing its throat with its own talon. As the plane burns, the three men promise to Maude to keep her secret, so she can start a new life. 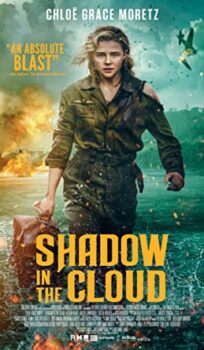