Kleinman (Woody Allen) gets woken up at night by vigilantes who force him to accompany them in their hunt for the strangler.

Meanwhile, Irmy (Mia Farrow) got in  a fight with her boyfriend (John Malkovitch) and leaves the circus where’s she’s been working along with him.

She lands in a brothel where she sells herself for $700 to a young student, Jack (John Cusack).

She then leaves but soon get arrested by the police who take her to the Office where she meets Kleinman.

Regretful because she did was not only immoral but also because she enjoyed it, she convince Kleinman to give the money to a church.

Later on, they meet a starved woman with a baby. Irmy forces Kleinman to get back to the church and to take them back 300$ to give to the woman.

Meanwhile, the police asks some kind of smelling-freak to check Kleinman and conclude he’s guilty of all the murders.

He then escapes and go to the circus where, with the help of the magician he captures the killer, only to see him disappear once unchained.

Irmy’s boyfriend goes after her and they find the lady, whom Irmy’s given her 300$, strangled. They take the baby and collect the 300$ which are still in her pocket.

Kleinman leaves with the circus to work as the magician’s assistant. 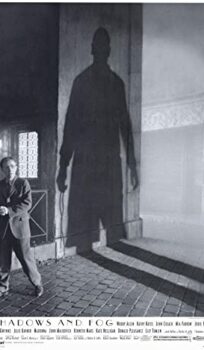