Mr Fitzpatrick’s wife hasn’t been taking off to go to church-she is seeing another man.

Francis (Mike McGlone) asks Renee (Jennifer Aniston) for a divorce, she is clearly hurt, however is so disgusted with him she just leaves.  She eventually ends up with her former boyfriend (who is overweight, but a sweet, kind person) and blows off Francis when he calls her for a second chance.

Heather (Cameron Diaz) refuses Francis’ proposal.  She ends up marrying Papa. On a personal view, I think she never got over Mickey (Edward Burns), the one guy who demanded nothing from her.

Mickey finds out the the woman Francis is cheating on Renee with, is Mickey’s former fiance, Heather.  Their dad sets them up with boxing gloves to duke it out, Francis mouths off how he’s always waited to be better than Mickey-while he is monolouging, Mickey simply cold cocks him in one shot.  Hope (Maxine Bahns) is upset by this, thinking it was Mickey being jealous of Heather-but realizes later that it was because Mickey is disgusted with his brother’s behavior.

Mr Fitzpatrick breaks his “no women” rule and lets Hope on the boat.

Mickey decides to go with Hope to Paris-they are the only couple that makes it. 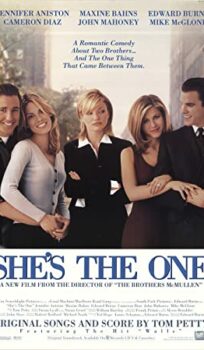