Military intelligence agent Ed Leland (Michael Douglas) hires secretary Linda Voss (Melanie Griffith) during World War II.  Linda is clever, fluent in German and falls in love with Ed.  When he needs to put a spy in the household of a high ranking German officer, Linda volunteers.  Despite the dangers, Ed reluctantly agrees.  However, Linda is immediately fired from that officer’s house and is invited to be the nanny to the children of another German officer, Franze Dietrich (Liam Neeson).  Without being able to get word to Ed about what’s happened, she essentially disappears.  Ed happens to see her weeks later in a Nazi propaganda piece and starts to put together an operation to get her back to the United States.

Meanwhile, Linda is searching for her Jewish cousins believed to be hiding near Berlin. She is also looking for information on Dietrich and any war plans the Nazis might have.  She finds the plans she is looking for – blue prints on a munitions factory.  She photographs the evidence but Dietrich becomes suspicious of her. She flees his home and finds refuge at Margrete’s (Joely Richardson) apartment. Margrete had been Linda’s contact and friend in Germany and was working with the US intelligence. However, Margrete betrays Linda, reveals that she discovered Linda’s cousins and had them sent to camps, and calls the Gestapo to apprehend Linda.  The two women struggle.  Margrete shoots Linda and then Linda fatally shoots Margrete.  She hides while the Gestapo search for her and is eventually discovered bleeding and unconscious by Ed.

Ed and Linda get on a train to Switzerland but before they can cross the border, Linda loses consciousness again.  The German border patrol becomes suspicious, a shootout occurs and Ed is seriously wounded, but not before carrying Linda over the Swiss border to safety.  The microfilm Linda took of Dietrich’s blueprints are discovered and the Allies bomb the munitions factory.  Linda and Ed later marry and have two children. 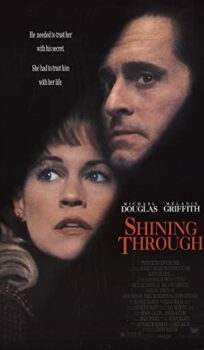