Farley Flavors, the DTV/fast food honcho, had manipulated events so that Brad Majors would be isolated from Janet, leaving him free to seduce her and mold her into a star.  See, Farley and Brad were twins separated at infancy, adopted by different families, and though Farley is much more successful than Brad, he was jealous that Brad got Janet.

Judge Wright and Betty Hapschatt rescue Brad and disrupt the “Faith Factory” broadcast to reunite the couple.  Brad finally stands up for himself and Janet chooses to return to him, so Farley and almost everyone else (save the rock band) orders the foursome out; Farley just picks another lady to become his star instead.  While everybody heads off to a party on the “Dentonvale” set/asylum, the heroes and band leave Denton altogether. 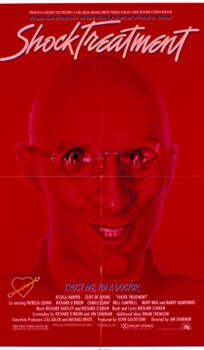