The other corrupt agents have tracked down and captured Sarah Fenn in order to entrap Swagger. With his new evidence and some persuasion, Swagger and Memphis are able to rescue her when Colonel Johnson and Senator Meachum arrange a meeting to exchange their hostage for Swagger’s evidence of their wrongdoing.

After a bloody game of cat and mouse in an isolated mountain range, Swagger and Memphis finally surrender to the FBI.

Later appearing in court, the corrupt officials could not be tried for actions committed in Africa, but are exonerated and set free.

In the denouement, Swagger implements his own system of justice by intruding on a country house get together for the murderous Colonel and Senator. None of the conspirators escape, and Swagger presumably leaves no evidence behind as he leaves his murderous past behind to pursue a new life with Sarah Fenn. 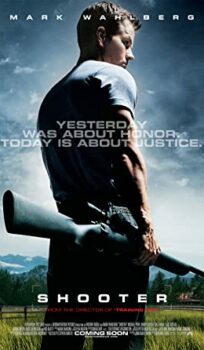