Teddy Daniels (Leonardo DiCaprio) is actually Andrew Laeddis.  He has been a patient at Shutter Island for two years, ever since he shot his wife Dolores (Michelle Williams) after she drowned their three children in the lake behind their house.

Rachel Solando (Patricia Clarkson) does not exist and his partner Chuck (Mark Ruffalo) is actually Dr. Sheehan. As a last resort, radical treatment to bring Laeddis back to reality and prevent him from having to be lobotomized, Dr. Sheehan and Dr. Cawley (Ben Kingsley) allow him to act out the elaborate conspiracy filled delusion he has created in his mind.

The treatment works and Laeddis remembers the entire incident.  However, during his final conversation with Dr. Sheehan, he again begins acting out his delusion and refers to Dr. Sheehan as Chuck. Dr. Sheehan signals to Dr. Cawley that the treatment has failed and that Laeddis has once again regressed.  As the orderlies approach Laeddis with the tools necessary to handle the lobotomy, Laeddis asks Dr. Sheehan “Is it better to live and be a monster, or die a good man?” implying that the treatment did in fact work and he has not regressed, but he would rather be lobotomized than live with the knowledge that he killed his wife and was unable to save his children. 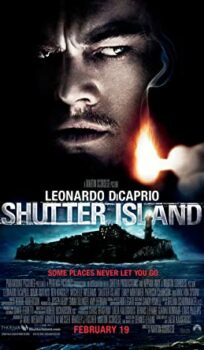