In 1637, two Jesuit priests (Andrew Garfield, Adam Driver) travel to Japan to provide guidance for Christians at a time when they are persecuted and tortured if they refuse to convert to Buddhism.  They also have heard that their mentor (Liam Neeson) has apostatized after he went on a similar mission and they want to clear his name.  A man who had previously betrayed his Christianity to save his life leads them to a village where Christians are hiding and in need of guidance.

Eventually the villagers are betrayed and rounded up to be slowly tortured.  Their guide also betrays the priests – one drowns (Driver) while trying to save the persecuted and the other (Garfield) is held captive and told that all the other captured Christians will be tortured unless he apostatizes and converts to Buddhism.  After witnessing the horror of the Christians he’s been mentoring being tortured, with nothing but silence from God in response, he finally agrees to trample the fumie, a representation of Jesus.  He lives the rest of his life as a Buddhist, alongside the mentor who made the same choice in his position – but at the very end, it is hinted that he never lost his faith. 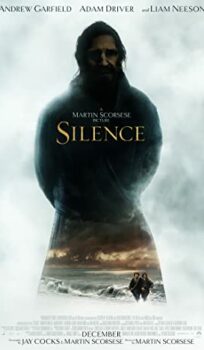