From Brentage5000:
Rose and Sharon are now nothing more than ghosts, kind of like how Jennifer Connely was in Dark Water. As for Silent Hill, the town is alive and decides whether or not to show you it’s darker self. If it does, though, you end up forever living in a fog world like Rose and Sharon now do.

From dhong1:
There are three worlds; the real one, Silent Hill, and Silent Hill darkness created by Alessa. There are also three girls Alessa, Alessa the little evil girl, and Sharon the good little Alessa. They all are magical in some way since Sharon was born without the aide of a father. At the end of the film the darkness is gone since Alessa got her revenge but evil Alessa wants more. She enters Sharon’s body and together with Rose they stay in limbo in the empty ghost world of Silent Hill (but I guess Dahlia is there too). It’s like the end of Dark Water.

From HorrorFreak889:
“Sharon, Rose and Cybil did NOT die in the car accident in the beginning.  You know this because at the end of the movie, you see Chris and Officer Gucci discussing how Rose’s car was found, HOWEVER, Rose and Sharon’s bodies were not found.  If they would have died in the accident, dont you think the bodies would have been found in the deserted cars?  The ending is that Rose and Sharon are stuck in the evil dimension of Silent Hill.  Therefore they are not ghosts, just trapped in another dimension.” 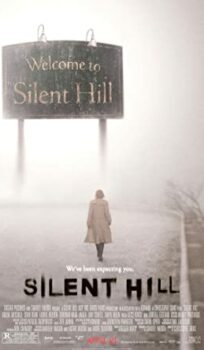