Two cops, Sean Riley (Johnny Strong) and Will Ganz (Kevin Phillips) are investigating a series of murders where the victims are burned alive. At first the killings seem random, but soon Riley connects them through an old army buddy Colin (Sean Patrick Flannery). It turns out Colin had been part of Spartan, a private contractor in the Middle East. He witnessed his boss, Raymond Crowe (Costas Mandylor) murder several U.S. soliders after they accidentally interrupeted a drug run Crowe was doing for Mr. Rhykin (Jurgen Prochnow). Colin’s conscience got the better of him, so he stole a videorecording of the act, and attempted to get it to a reporter Malcolm in New Orleans. However, Crowe finds out and using his Spartan soliders, murders the reporter, Colin’s forger, Colin’s girlfriend Stacy (Jolene Blalock) along with numerous other innocents that happened to be in the wrong place at the wrong time.

Eventually, Crowe’s men catch up to Colin and Colin, grieving over the loss of Stacy and the bad things he’s done, sacrifices himself to save Riley and Ganz and kill a few of Crowe’s men. Riley realizes Colin gave him the tape just as his boss Captain Trahan (Tom Berenger) tells him he’s off the case. Crowe’s men kill Trahan and torture Riley for the tape. Riley kills them then races to save Ganz who had also been captured by Crowe. Riley and Ganz kill the rest of Crowe’s men and cause his car to crash. Rather than kill him, Riley calls Weddo (Clifford “Method Man” Smith) who was Malcolm’s brother, so Weddo can have his justice against Crowe for murdering his entire family. Weddo’s men drag the bloodied Crowe away to later kill him.

The film ends with Riley going to the Church graveyard in order to finally see his son, in order to properly grieve for his loss. 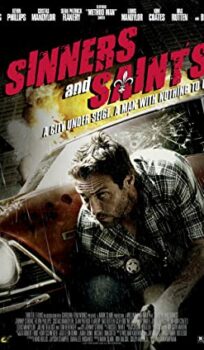