Short Version:
There’s only one of the siamese twins alive, but with a split personality.

Long Version:
When running out of her medication, “evil twin” Dominique (Margot Kidder) kills the lover of her twin sister Danielle, which is observed by journalist Grace Collier (Jennifer Salt). Danielle’s ex-husband Emil (William Finley) comes in and helps hide the body within the couch, and the police finds nothing. Grace finds a cake in the refrigerator with “Dominique & Danielle” written on it, but she slips and falls, destroying the evidence that there were two women.

The paper that Grace works for hires a PI (Charles Durning) to help her. He quickly deduces that the body is in the couch, which is now being transported away to Canada.

Grace follows Danielle and her ex-husband to the “Linton clinic”, a mental institution, and asks to speak with the Chief. However, this is the ex-husband, and he claims that Grace is a new patient, so that she gets “admitted”. He puts her under hypnosis and “programs” her to think that there never was a murder. After that, Danielle kills her ex-husband. She gets arrested, and Grace can leave the clinic. However, due to the hypnosis, she insists in a police interview that there never was a murder. The film ends with the PI observing the couch outside a train station in Canada. 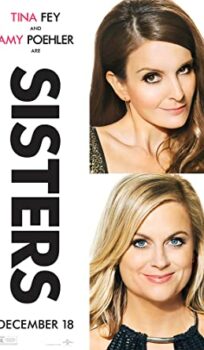