Helen (Gwyneth Paltrow) is critically injured at the same instant to climax both storylines, but…

She makes the train storyline
Helen meets James (John Hannah) on the train, and failing to understand his Monty Python joke, considers him a harmless kook. Upon arriving at home, she catches Gerry (John Lynch) cheating on her with Lydia (Jeanne Tripplehorn). She dumps Gerry, moves out, and starts her own successful business. She eventually re-encounters, and then falls in love with James, and a wonderful new life begins. Potential issues with a surprise pregnancy and the discovery of James’ soon-to-be ex-wife are resolved. Just when it appears that Helen and James will live happily ever after, she walks into the street and is hit by an oncoming truck. She dies in the hospital.

She misses the train storyline
Helen goes on in ignorance of Gerry’s infidelity, and gets a menial job at a delicatessen. Lydia, in an attempt to get Gerry for herself, abuses Helen at her job. Helen becomes more miserable by the day. She becomes pregnant with Gerry’s baby, causing even more stress. When Lydia reveals her relationship with Gerry by announcing that she too is pregnant, Helen falls down the stairs and is hurt. She loses the baby, but but survives the accident. On the elevator leaving the hospital, she meets James for the first time (in this storyline). As they make smalltalk, she supplies the punchline for his Monty Python joke, leaving the viewer to infer that they will fall in love and live happily ever after.

Sites with transcripts of the Monty Python “Spanish Inquisition” sketch: 1, 2, 5. 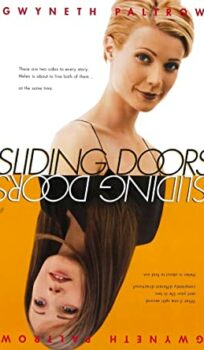