Jack (Tom Berenger) encounters Carly (Sharon Stone) when she returns home from work one night, angry at her and especially the voyeuristic superintendent Zeke (William Baldwin) (whom Carly has gotten romantically involved with, has a video camera room that is hooked up to many cameras that record EVERYTHING in the apartment complex, and whom Jack constantly tells her murdered Naomi Singer [Allison Mackie], the previous tenant in her apartment) for pinning Vida’s (Polly Walker) murder on him. He gets her to call Zeke up to her apartment, and when Zeke arrives Jack pulls a gun on him and accuses him of murdering Naomi. Zeke denies ever knowing her and then brings up some info to Carly, based on past camera footage, that Jack may have actually been the one who murdered her since he knew her personally. Jack and Zeke soon get into a scuffle, Carly getting involved herself, but in the scuffle the gun goes off, shooting Jack in the stomach and killing him. Carly & Zeke explain the story to the police, who tell them about Jack’s dark past with women, and when the cops find out one of the keys Jack carried worked on her apartment door, they conclude that Jack was indeed guilty of murdering both Naomi and Vida. Carly, not wanting to stay in her apartment that night, decides to stay with Zeke.

While in his video camera room in his apartment, Carly doesn’t feel good in invading other people’s privacy, and asks for Zeke to erase the sex tape of her and him. He complies. He then tells her he was going out to get some food for them, but as he goes to the closet outside the room to get his shoes and jacket on, Carly focuses a camera in his apartment on him, and learns that his tape stash is in a secret compartment beneath his shoe rack. When he leaves, she goes through it, and locates a peculiar-looking tape as well as a gun.

When she puts the tape in, it shows Zeke having sex with both Naomi and Vida before their deaths, professing his love to them, and that combined with the gun she found leads Carly to believe that Zeke was the killer and not Jack. When Zeke returns after a gut feeling outside the building that she was looking through something she shouldn’t, she closes and locks the door to the video room. He accesses an outside panel and opens the doors by crossing some wires. While Carly keeps Zeke at bay with his gun, she notices on the screen someone throwing Naomi over the edge of her apartment balcony, and it turns out to be Jack, meaning he was the real killer after all. Despite this, Carly proceeds to shoot out most of Zeke’s TVs and destroys some of his equipment. She tells him “Get a life” before using his remote to turn the remaining working screens off. 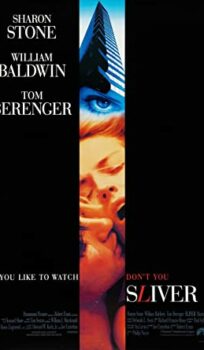