Mike Kendall (John Hawkes), an alcoholic ex-cop finds potential redemption in finding who was responsible for the death of Kristy, a girl he found near death on the side of the road.

After much investigating, it turns out Kristy and her friends taped some rich land developers having sex with them and blackmailed them for money. The men contracted two psychotic hit men Tony (James Lafferty) and Orthopedic (Jeremy Ratchford) to murder the girls. They killed Kristry, and Rose, another of the blackmailers, while also leaving a pile of bodies in their wake.

In the climax of the film, Mike is instructed to hand over Ivy, the last girl, or the hit men will kill his brother in law Teddy (Anthony Anderson). Mike heads to the site with Kristy’s grandfather Steve Yendel (Robert Forster) and Mood (Clifton Collins Jr.), Kristy’s pimp who was enraged that his girls were being killed. The three are able to save Teddy and kill Tony and Orthopedic, though all four suffer gunshot wounds. Mike drives them to the hospital and they all survive.

Mike is told by his cop friend Scott (Michael Vartan) that they arrested two of the real estate developers but the third skipped out to Mexico. Scott gives him the address, so Mike can track him down. Mike takes a private investigator exam and sees Teddy after, though Teddy makes it clear that he and Mike’s sister Kelly (Octavia Spencer) wants him to keep his distance for nearly getting Teddy killed. Mike drives off, ostensibly to Mexico to bring the third man to justice for Kristy’s death. 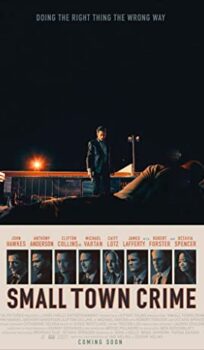