Dr. Rose Cotter (Sosie Bacon) is a therapist whose patient, Laura Weaver, dies by her own hand after claiming to have been haunted by an evil entity that smiles at its victims before possessing them to commit suicide. The entity kills Rose’s cat, and its presence causes Rose to appear insane to her fiance, sister, and her boss.

Rose gets help from her detective ex Joel, who learns about the link between the entity and others who committed suicide after they witnessed suicides days before. One man, Robert Talley, survived because he killed someone, which is the only way to prevent the entity from taking its victim. Rose contemplates killing one of her more disturbed patients, but she knows she can’t. She drives to her childhood home to try and isolate herself so the entity will not pass on to anybody else. Although Rose thinks she has killed the entity, it tricks her and ends up possessing her to kill herself in front of Joel, meaning he will now suffer the curse. 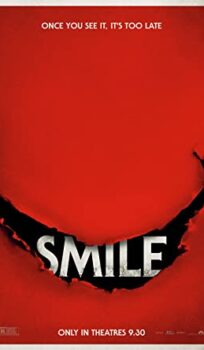