Walter Weed (Tom Berenger) is Hal Leuco. As Leuco, he arranges to have Weed killed by several competing assassins at a specific time and location. As Weed, he has armed his wheelchair with C-4 and is going to detonate it to kill the assassins when they gather to kill him.

Most of the assassins and FBI agents are killed, Weed/Leuco escapes while detonating the C-4 and Agent Baker (Clayne Crawford) survives and learns that Weed is Leuco. Weed/Leuco is then shown walking to and getting into his getaway car. He’s about to drive away when Baker steps in front of the vehicle and shoots him to death. 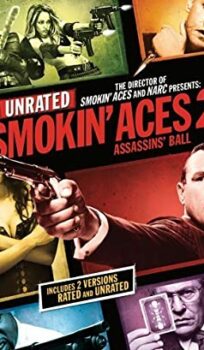