Martin Bishop (Robert Redford) leads a team of crack specialists known as sneakers who pool their talents together and help companies (such as banks) find weaknesses in their security systems. It’s not great money, but it’s a living.

The group gets hired by two NSA agents to steal a code encryption solving device from the brilliant mathematician, Dr. Gunter Janek (Donal Logue). They successfully retrieve it from the doctor’s office. But, before turning it over to the NSA, the group discovers that the device is not a code breaker; it’s THE code breaker. It can access any US computer system and get through its encryption without a password, including the Federal Reserve, the power grid, and air traffic control.

To make things even more interesting, the two NSA guys turn out NOT to be NSA guys. They were hired by Cosmo (Ben Kingsley) to retrieve the encryption device. Cosmo was an old college friend of Bishop’s that ended up going to prison back when the two were in college and hacked into some secure federal computers. Bishop got away, changed his identity, and has been lying low all his life.

The FBI and CIA are now on the group’s tail, and Cosmo is in possession of the device. Bishop and his cronies believe they are screwed. They decided to fight back by breaking into Cosmo’s offices, and steal the device back. They succeed and now have a bargaining chip against the FBI. They make an agreement: in exchange for the device, the FBI cleans Bishop’s record and everyone else on the team also settles on great deals. 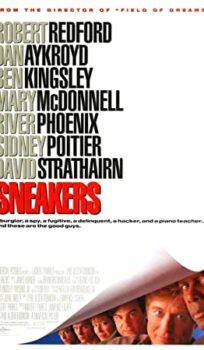