Snow White and the Seven Dwarfs(1937)

Snow White is felled by the Queen’s poisoned apple, but the Queen herself perishes trying to kill the dwarfs who pursue her (lightning strikes the cliff she’s standing on). Moreover, the Queen’s hope that Snow would be buried alive is thwarted because the dwarfs choose not to bury her – instead, they prepare a glass coffin for her that they keep watch over.

Eventually the prince Snow had fallen in love with finds and kisses her – the one act that can break the sleeping death. Her prince having come at last, she departs with him as the dwarfs bid her adieu. 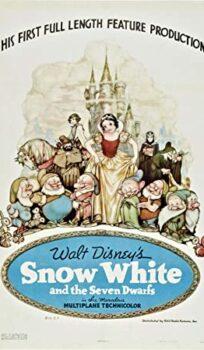