The film documents Edward Snowden’s years between 2004 (his year as a Special Forces candidate) to 2013 (when he became infamous).

Snowden learns during his time at Booz Allen Hamilton that the NSA is involved in domestic surveillance, which he considers unethical and disturbing. He gathers over 200,000 documents that he sends to The Guardian with the help of Glenn Greenwald, Laura Poitras, and Ewan MacAskill. The scandal becomes global news, and Snowden becomes a fugitive, forcing him to flee to Moscow to avoid being caught.

The real Edward Snowden appears at the end to state how although his life has changed drastically, he feels he did the right thing. He currently lives in Moscow with his girlfriend Lindsay Mills. 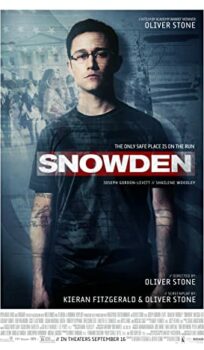