The harrassment Private Winchell (Troy Garity) saw himself subjected to, thanks to the ongoing provocation from fellow soldier Fisher (Shawn Hatosy), escalated to a point in which, on the night of July 4, 1999, after the platoon had spent the whole day drinking beer and a quarrel between Winchell and tall-tale telling soldier Glover (Philip Eddols) for which Fish kept goading Glover about, Glover grabbed a baseball bat belonging to Fisher and brutally beat Winchell, who was lying asleep on a cot in the hallway, to a pulp. All bloodied and disturbed, Glover comes to Fish, who didn’t hear anything for being passed out with a walkman on his ears and realizes what happened.

At the same time, the Miss Tenessee pageant is taking place and Calpernia (Lee Pace) is crowned as the winner. Upon coming back home, she overhears on TV about Winchell’s attack and that he, unfortunately, died from his injuries as a result. This shocks her and causes her to break down.

Further images show Sgt. Diaz (Andre Braugher) distraught over the whole incident, and the mea culpa he felt for not having taken the matter into hands, as well as Fisher and Glover being questioned, and Calpernia, identified as the person Winchell was seeing.

In the end, Glover received a life sentence for manslaughter and Fisher was sentenced to 12 1/2 years, with possibility of parole in 2006, for obstruction of justice and giving alcohol to a minor.

The last scene shows Calpernia performing in front of an audience, while, in voiceover she recounts how much she meant to Winchell and that she loved him back for it. 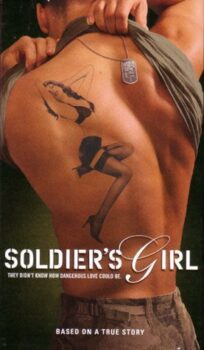