Ahmad’s (Brandon Hammond’s) scheme -the story about the hidden money- is discovered, when a dispute ensues while everyone is at the table.  He is forced to confess that he made it up, and, crying, adds that he only did it because Big Mama (Irma P. Hall), before dying, tried to tell him to bring the family back together somehow.  His mother conforts him.

But then, unexpectedly, a fire, caused by a kitchen towel neglected over the stove, breaks, and everyone has to help in putting it out.  At the same time, in comes old crazy Uncle Pete (John M. Watson Sr.) carrying his old TV; this scares the group and causes Kenny (Jeffrey Sams) to accidentally spray him with the fire extinguisher.  Pete drops the TV, it crashes against the floor, and bills start flowing up to the wind.  It turns out THERE WAS HIDDEN MONEY, and it had been hidden inside Uncle Pete’s TV all along.

Things get normal among the family.  Although Miles (Michael Beach) and Terry (Vanessa Williams) divorce, he still joins them all for Sunday dinner.  Lem (Mekhi Phifer) and Bird (Nia Long) buy their dream house and expect their firstborn.  Maxine (Vivica Fox) -Ahmad’s mom- and Terry make peace for the time being, and Faith (Gina Ravera) is accepted as part of the family. 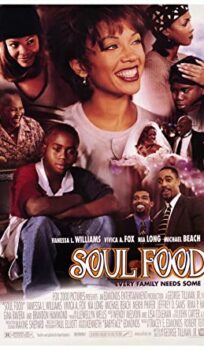