He is killing corrupt police officers because, as a kid, a dirty cop murdered his father. Banks rejects Shenk’s offer to join him and tries to arrest him. But Schenk manages to escape after setting in motion a trap that gets Banks’ dad shot to death by the police.

Long Ending:
Zeke Banks (Chris Rock) is a detective. The police in his department despise him because many years ago, Banks turned in a dirty cop named Pete who killed a witness that was going to testify against other cops. Banks’ perceived betrayal is all the worse because his father Marcus (Samuel L. Jackson) was a former police chief and is considered a legend. Banks is equally as disgusted with his colleagues, particularly as he was once shot by a criminal when they refused to provide backup after he turned in Pete.

Banks is paired with a rookie partner named William Schenk (Max Minghella) to investigate the bloody murder of another detective. It soon becomes apparent that the officer was murdered by a new Jigsaw killer. The killer is targeting dirty cops and taunts Banks by sending him clues and the severed body parts of his victims. The killer also uses a marionette of a pig dressed in a police uniform to send his messages. Banks believes that the killer is Pete, who has been released from jail. Others think it may be Marcus, who has disappeared since the murders started. Banks is unable to prevent the killer from striking again. The killer even murders Banks’ police chief Garza (Marisol Nichols) and Schenk.

Eventually, Banks is abducted. He awakens to find Pete in a trap set up by the new Jigsaw killer. Banks manages to free Pete from the trap, but Pete dies from his wounds incurred from the trap before he was freed. After Banks exits the room where he was confined, he finds Schenk still alive. Schenk is the new Jigsaw killer and he faked his own death to throw Banks off his trail. It turns out that Schenk is the son of the witness that Pete murdered (and in fact, Banks helped hide young Banks from Pete). Schenk wants Banks to join him in his efforts to bloodily cleanse police forces of corrupt cops. Although Banks says he will join Schenk, the killer responds that he has one final test to see if Banks is lying.

It turns out that Schenk trapped Marcus and has him in a death trap. He also calls the police to their location. Schenk says Marcus must die because he permitted cops to use deadly force and dubious police tactics while he was in charge (and ostensibly, allowed corruption to fester). Banks can either disarm the trap and allow Schenk to escape, or let his father die and join Schenk. Ultimately, Banks disarms the trap and manages to pursue and fight Schenk. However, as the police bust into the hideout, a secondary mechanism on Marcus’ trap is activated. The trap begins moving Marcus like a marionette and makes it look as though Marcus is holding a gun on the incoming cops. Banks abandons Schenk to stop the police from killing Marcus, but he is too late and they shoot Marcus dead. The film ends with Banks screaming as Schenk makes a gleeful escape. 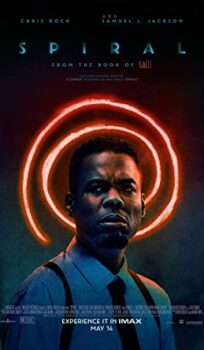