Jonas (Thomas Dekker) and Kelly (Gabriella Wilde) are a couple of homeless kids.  Jonas overhears a woman, Evelyn Silverman (Lolita Davidovich), discussing her and her husband’s plans to leave town with her housekeeper.  He finds the house and he and Kelly live, briefly, in a the Silvermans’ house while they’re away.  They have fun, show off the money they find in the house/the swanky stuff they have.  Kelly visits her foster family — lies and says she married a rich guy named Michael Silverman (the name of the son of the couple whose house they’re staying in) in Hawaii — her foster mom is happy to see her, her brother too, but not her foster dad.  Kelly has been getting to know/care about the family via watching their home movies.

The Silverman family come home early and Kelly is there.  Kelly sneaks out, not getting caught.  Meanwhile, Jonas meets with a friend who hooks him up with a  crazy guy who’ll buy the family’s stuff from them — Kelly has told Jonas not sell a certain ring that belonged to David’s, the father, dad but Jonas sells it anyway — on his way back to the house, he stops at a strip club, and sleeps with a stripper after offering her money.

Later, Kelly coincidentally gets involved with the couples son, Michael, running into him at the movies.  She tries to leave town but doesn’t and she and Michael appear to be falling in love.  Michael invites her over for Passover to his parents house and Jonas, having been threatened by the crazy guy he was selling the stuff to after trying to convince the guy that he can’t go through with their deal, busts in at gunpoint.  He steals the keys to the family’s Porche and takes Kelly to the crazy guy’s house.  Kelly calls the police from the bathroom.  She gets the ring from the crazy guy and puts it in her mouth, and the crazy guy beats her up trying to get it back, and then the police arrive.

As it turns out, Jonas is a rich kid and his father hires an attorney who will represent Kelly/pay all her medical bills as long as she says Jonas was forced to rob the Silverman family by the crazy guy (who got shot in the police raid) and that he didn’t come up with any of the things that happened on his own.  Kelly refuses.  Jonas gets a fine and community service while Kelly gets 6 months jail time and parole.  She tells the judge that she’s trying to be truthful and not tell anymore lies, gets sentenced and goes to jail.  When Kelly gets out 6 months later Michael Silverman is waiting for her. 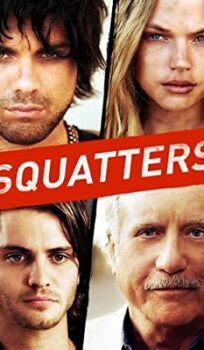