Andre Stander (Thomas Jane) becomes South Africa’s most notorious bank robber and resigns from being a police officer to being a bank robber. Him and his crew, Lee McCall (Dexter Fletcher) and Allan Heyl (David O’Hara) steal millions of dollars from banks all around South Africa. Stander’s wife, Bekkie (Deborah Kara Unger), leaves him as soon as she finds out.

Lee starts to spend his money freely, giving the cops the drop on him. The cops corner him at his home and a shootout arises. Lee is shot to death by the police men. Stander and Allan witness this and then take off. Both men get to an empty tank of gas and land themselves in the middle of nowhere.

Stander takes off to Miami sucessfully, leaving South Africa, his wife and robbing banks behind. Stander gets to Miami with little money and no car. He steals a car and is pulled over by the cops. The cops question him about the car and attempt to arrest him. Stander freaks and beats one cop up but is shot by the other cop. Stander lies on the ground and dies.

A subtitle comes up saying that Stander is still known by South Africans today and by some, is speculated to still be living. Bekkie Stander killed herself as soon as Stander left the country. 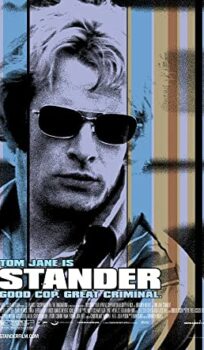