Uhura realizes that Krall was the captain of the USS Franklin over a hundred years ago, kept alive by tech found on the planet that the Franklin crashed on. Once a soldier before the Federation was created, Krall became embittered while stranded on the planet and seeks to return humanity to a time of war to make it stronger.

Kirk manages to save Yorktown Space Station and send Krall’s bio weapon out into space, and Krall along with it. It looks like Kirk might be pulled along with them too, but at the last minute Spock and McCoy rescue him.

The Enterprise is rebuilt. Kirk decides to remain it’s captain and Spock chooses not to retire from Star Fleet (he had originally wished to continue Ambassador Spock’s work). He also appears to get back together with Uhura.

Kirk pulls some strings to get Jaylah admitted to Star Fleet Academy. 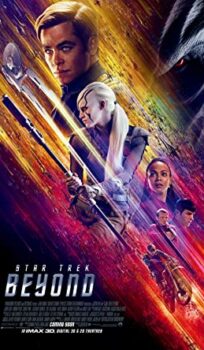