Kylo Ren kills Supreme Leader Snoke and takes command of the First Order. Finn incapacitates Captain Phasma, causing her to fall to her death. Luke engages Kylo Ren, but only as a projection of himself through the Force so that the remaining fighters can escape. Luke tells Kylo that he will not be the last jedi. After Leia, Rey, Chewie and the rest manage to escape, Luke finds peace on his own world, and becomes one with the Force (i.e. he dies). On the Millennium Falcon, Leia tells Rey that all they need for their rebellion is right there on the ship. On another planet, a child unrelated to anyone, uses the Force to pick up a broom. 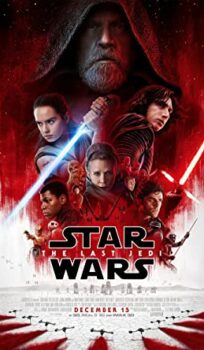