Rico rescues Carmen with the help of Carl’s psychic abilities (he could project thoughts onto humans after all) and they escape the brain bug, which is captured by Private Zim.

The Federation hopes their study of the captured brain bug will finally give them the advantage over the bugs.

The film ends with the call for more troops.

NOTE: In the film it is never revealed but heavily implied that Carmen and Zander had a relationship. In the deleted scenes it is revealed that they indeed had one but Carmen started to have doubts after she realizes Rico wasn’t killed in action. At the end of the film, it is also never revealed but implied that Johnny and Carmen resume their relationship, however the deleted scenes appear to confirm this as they kiss towards the end whereas they do not in the film. 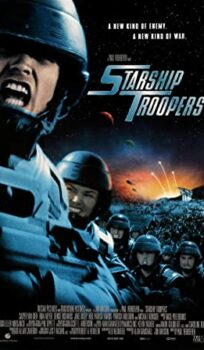