Bill Baker (Matt Damon), an oil rig worker from Oklahoma, goes to France to visit his incarcerated daughter, Allison (Abigail Breslin). Allison went abroad during school and when her girlfriend Lina was found murdered, Allison was charged in a case that became a big story. The media was convinced of her guilt, but Allison has maintained her innocence and so has Bill. Allison has received a tip on Akim, the man she knows was with Allison that night, and asks Bill to bring it to her lawyer.

When her lawyer won’t take the case, Bill begins investigating on his own with the help of a local woman, Virginie (Camille Cottin), eventually locating Akim but losing him. Allison stops speaking to him, but he stays in France and begins living with Virginie and her daughter Maya, who he takes care of and has bonded. Eventually, Bill and Virginie admit their feelings for each other and the three begin living as a quasi-family. When he takes Maya to a football match, he spots Akim in the crowd. He follows and kidnaps him, turning over a lock of hair to a private eye to confirm a DNA match with crime scene DNA. Akim tells Bill that Allison paid him to get rid of Lina with a “Stillwater” necklace. The private investigator tips off the police who come and look in the basement, but Virginie had discovered the truth and freed Akim earlier. Realizing what happened, Virginie tells Bill to leave and he bids Maya a tearful goodbye.

The DNA evidence turns out to be a match and Allison is freed. Home in Stillwater, Bill asks Allison about the necklace and she admits that she did give it to Akim but only wanted him to get Lina out of her apartment. He tells her he loves her, and they sit on the porch and Allison says she can’t believe how everything looks exactly the same. She asks him if he agrees, and he says no – it all looks completely different to him now. 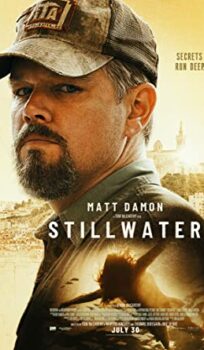