Will Montgomery (Nicolas Cage) does a gold heist with the help of Riley (Malin Akerman) in order to pay off Vincent (Josh Lucas).

At the exchange, Vincent makes it clear that he intends to kill Will and his daughter Alison (Sami Gayle) and tries to set the cab on fire containing Alison. Will is able to save his daughter and impales Vincent with a piece of pipe before trapping him in the trunk of his sinking cab, obstinately drowning him. Harland (Danny Huston) who had figured out where they were meeting, arrives and gets Will and Alison to safety, making it clear he will be blaming Vincent for the gold heist (as he realized Will had been telling the truth the whole time).

Some time after, a fully healed Will is having lunch with Riley and Alison. Harland and Fletcher (Mark Valley) meanwhile still have him under surveillance. Will finds a left over gold chunk from the heist, and apparently knowing he is being watched, is convinced by Riley to throw it into the water. After some hesitation, he apparently does, which makes Harland happy as since it appears Will has gone straight, he can go on with his life and not worry about Will anymore. However, Will was pulling a fast one on Harland; the object he threw was just a pine cone. The chunk of gold is still in his possession and he will be able to eventually fence it to have the means to stay in his daughter’s life. 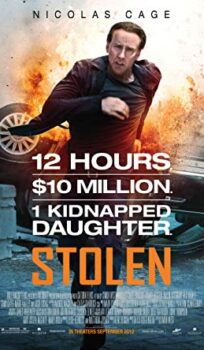