The battalion of Germans are not after deserting GI’s Losey (Ryan Francis) and Demming (Scott MacDonald) nor are they after the two teachers and the group of children they radicalized into a small resistance force. The Germans have arrived at the building they are hiding in because there is a large stash of stolen artwork the commander wishes to split with his men; The Commander knows the war is all but lost and wants to be sure his men are taken care of.

Despite inflicting heavy casualties to the Germans, the teachers and most of the kids are killed. Demming tells Losey to run with the remaining children and he will distract the Germans with a suicidal charge. Demming is killed after killing a few more men and Losey and the few remaining kids escape. The Commander recovers the artwork, with his 2nd in command telling him that it had better been worth all the people that died for it.

Away from the carnage, Losey and the kids build a fire and make camp for the night. Wounded from the battle, Losey hallucinates about a woman from back home. His head drops and the film ends ambiguously to whether Losey dies from his wounds or not. 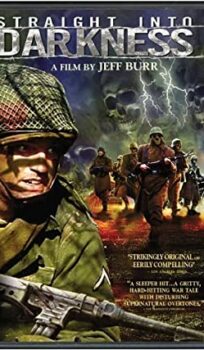