Peter (Steve Zahn) has a TV show called Strange Wilderness that he took over after his father died.  Since taking it over he has driven the show to the ground.

His crew consists of: Cooker (Jonah Hill), Junior (Justin Long), Fred (Allen Covert).  Their show gets a two-week notice from the studio saying they are going to be replaced by another wilderness show that has a larger budget than theirs.

They are being cancelled for making a mockery out of the show – Showing girls topless and trying to pass them off as native Africans, littering, or even showing someone getting eaten by an alligator instead of helping them.

As they are trying to figure out how to save the show an old friend of Peter’s father tells them and shows them pics he took of Bigfoot in South America.  He says he will sell them the map for $1000.  They don’t have enough money so the friend sells it to the show that is replacing them.

Peter and crew still decide to try and find Bigfoot on their own and that is where Cheryl (Ashely Scott) comes in as the travel agent/friend.

They get a copy of the map from enlarging a surveillance camera photo.  As they are searching for Bigfoot they run into the other show who have all been murdered by pigmys. They keep searching and when they get to where the map ends there is no Bigfoot.  Cheryl realizes the map is reversed since it was a copy they took from a camera.  They find the cave where Bigfoot is and start rolling film. A few minutes later Bigfoot comes out, and they all open fire on him killing him instantly.  They all agree it was in self defense and realize they can’t show that for their show so they make it seem Bigfoot hung himself and they found him that way.

Back in the US when they are showing their footage to the network execs they are throw them out and all the friends start fighting.

A year goes by and no one has talked to anyone. One of their friends stops by Peter’s house and tells them they have to be more creative for a show idea.  Peter grabs a cup of water from his fish bowl and puts it in his bong and notices he scooped up a fish as well.  That’s when they have an idea for a shark show.

They film a pilot episode and show the execs who love it.  End of movie 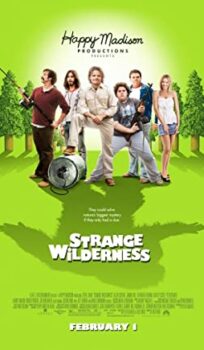